Setup number five on the CS12-80 Lower Receivers is now up and rolling.

Had the forethought to put all the pin holes into the soft jaws the first time when I made them, so now I just move the pins around, probe the new locations, swap out the tools, and we’re off and running.

Here’s a few pics, not much going on in this setup, so it’s going fast: 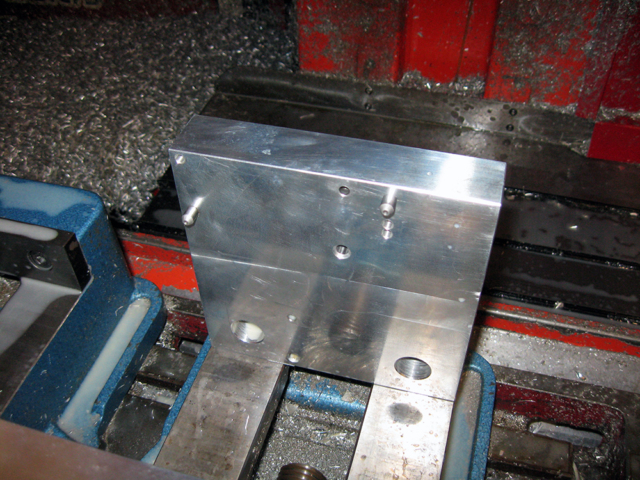 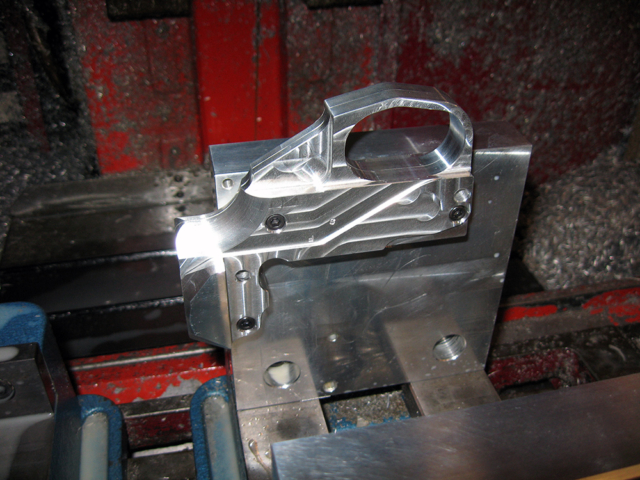 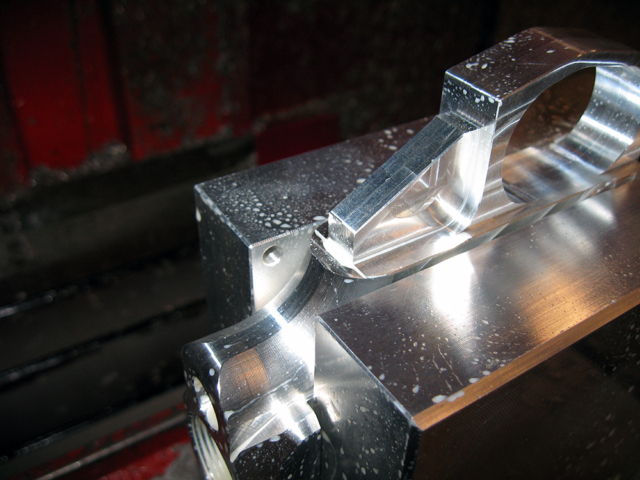 First pic shows the new position of the fixture pins.  Second one shows the lower hanging on the locating pins.  Third pic shows the lower clamped in place as well as the “before” shot of the area we’re working on.  The last pic shows the part after the program has run.  Not a lot of metal removal in this operation, but it had to be done so that the pistol grip would fit onto it’s mounting boss.  There is also a hole on the other side of the pistol grip mounting boss for the safety detent to ride in, but you can’t see that here ’cause it’s on the back side.

Work continues here apace, virus be damned.  One of the perks of being a one man shop.

Stay safe out there guys.