Once that first monster setup, which took forever (just over three weeks, by my count) was done, I could move on to the next setup, which wouldn’t take very long at all.

Before I could do that though I had to come up with a fixture plate to orient and support the work piece during this and the next setup.  As luck would have it, the Uppers didn’t change much from prototype to production, so instead of having to make a totally new fixture from scratch I was instead able to modify the one I made for the prototype.

The prototypes were cut from 5″ wide bar stock, so that fixture plate was 5″ wide as well, but to save some coin (and because I don’t like to just turn large pieces of material totally into chips if I can avoid it) I switched to 4″ bar for the production parts.  The only reason I used 5″ material for the prototypes is because that’s what I had.

So anyway, before I could do anything else I had to peel an inch off the width of the fixture plate: 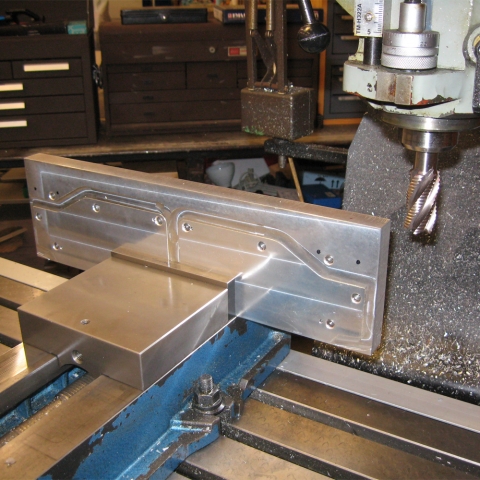 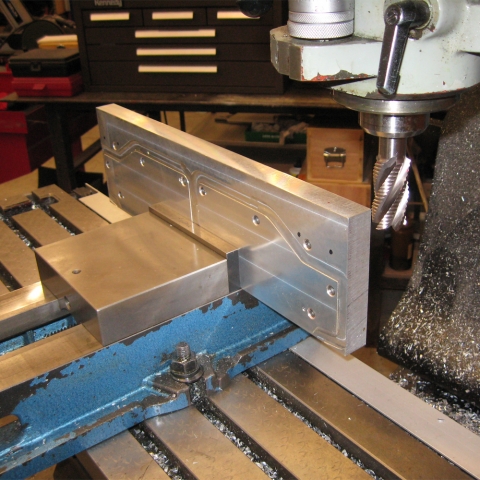 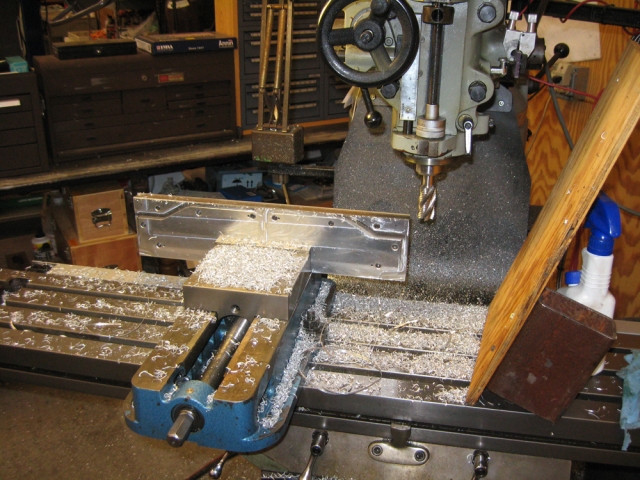 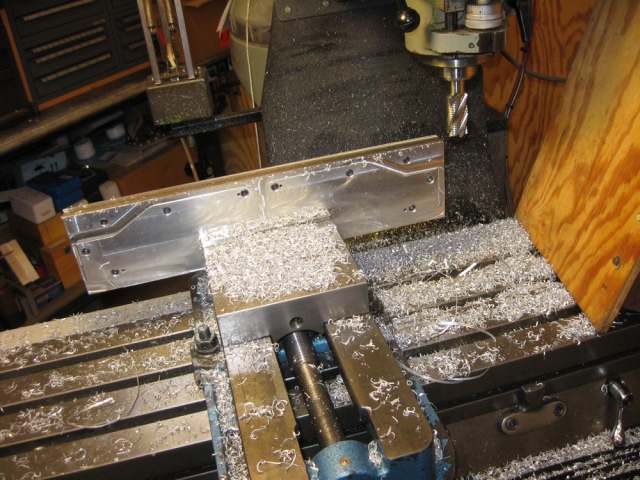 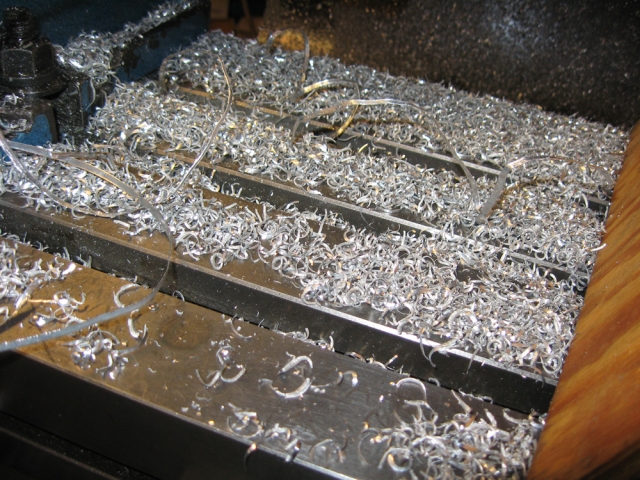 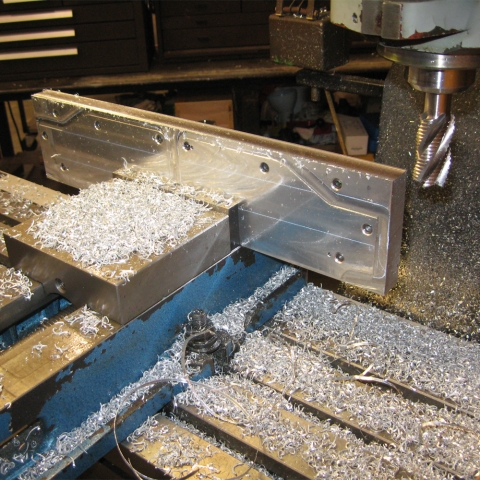 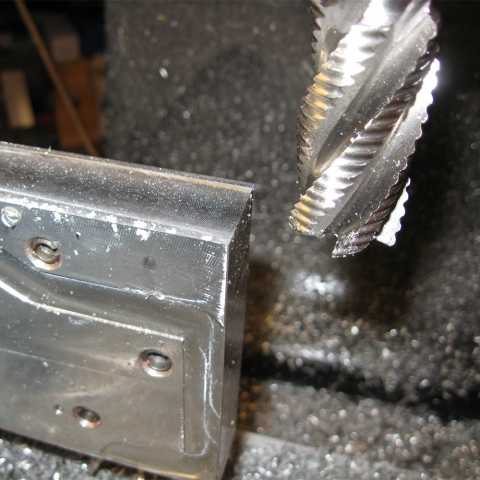 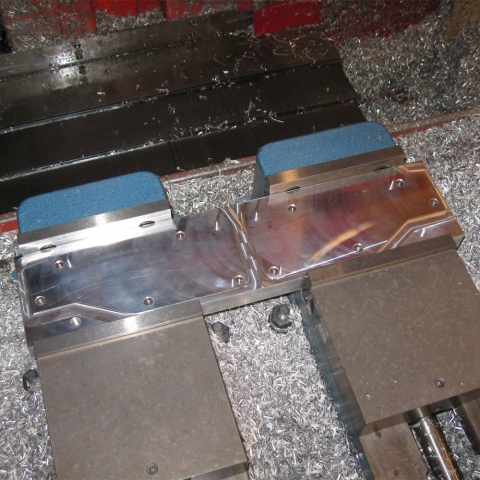 After that was done I could roll on into the next setup.  In this setup I flip the part over and remove the “mushroom cap” or “muffin top” from the bar, face it to thickness, counterbore the holes for the SHCS that hold the halves together, and chamfers all the holes on the outside of the part.  There is a lot of metal coming off in this setup, but it’s being removed with a 25mm indexable endmill, so it comes off real quick.

In contrast with the first setup (cycle time near an hour), this cycle only takes about ten minutes to complete.

The results are excellent, even if I do have to say so myself: 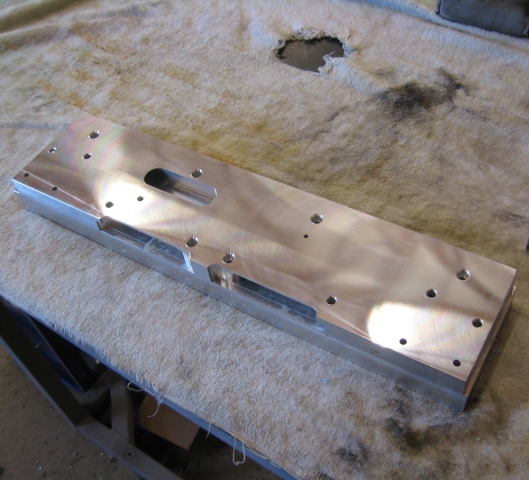 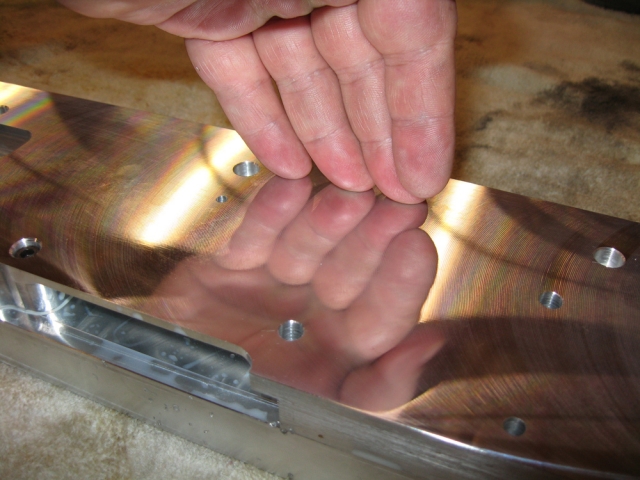 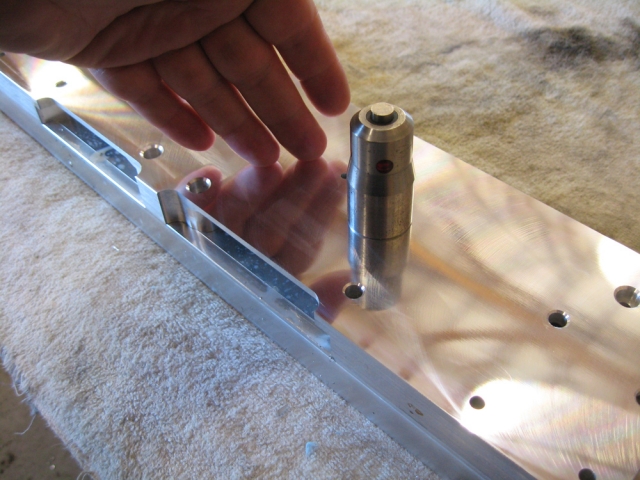 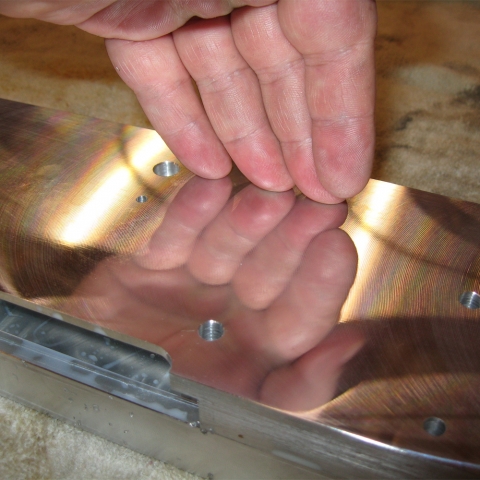 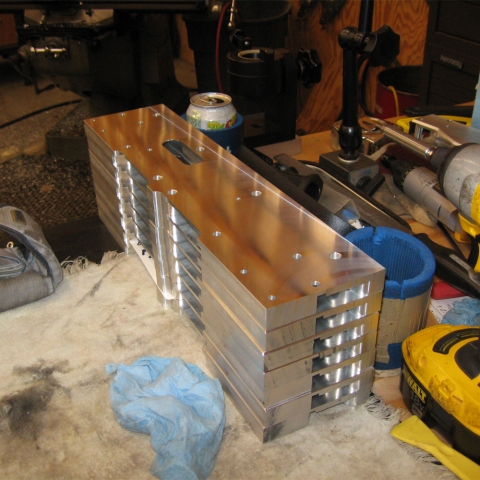 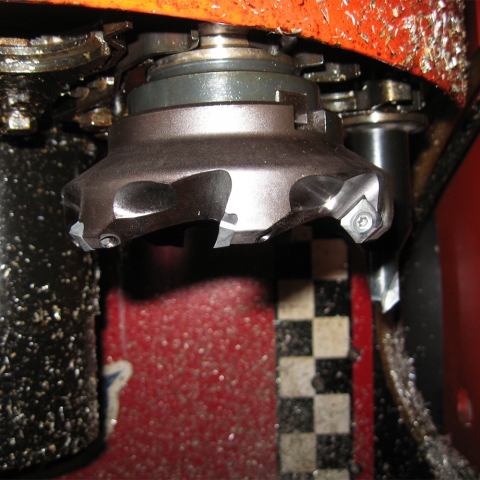 Gotta love that mirror finish, courtesy of this excellent 5″ SEHT insert facemill.  The cutter body is from VNE, the inserts are from Korloy, and this particular facemill holds seven of them.

I’ve been at it for a while and this setup is going quite fast.  Unless something goes terribly wrong, I should be done with it before the weekend.

As always, thank you guys for your business and your continued patience while I beaver my way through this machine work.